Missy Shelton Belote, one of MDN's leaders and MDN board members passed in June 4, 2021.

She will be deeply missed by so many public officials she covered with grace and focus, the audiences for her stories and the many students as well as journalists she mentored.

Below is her MDN biography of her service to Missouri, Missouri radio stations, Missouri public TV, National Public Radio and so many journalism students. 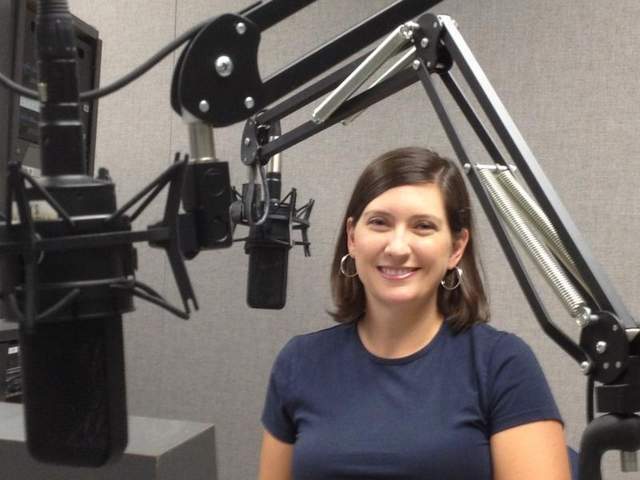 Missy Shelton Belote was a national award winning journalist who had been News Director and Senior Governmental Affairs Producer for KSMU, the National Public Radio station in Springfield. She also was the host of Jeff City Journal, the weekly public television program on state government carried by all of Missouri's public TV stations and a regular contributor to National Public Radio.

Missy had been a long-term partner at Missoui Digital News in partnership with KSMU -- covering stories, assisting students and serving for nearly 15 years as the effective deputy director of MDN.

Her stories were broadcast by NPR stations across Missouri and CBS-owned KMOX Radio in St. Louis. She also regularly filed spot and feature stories for NPR's national news programs including Morning Edition and All Things Considered.

She gained national attention for her coverage of Gov. Mel Carnahan shortly before his fatal plane crash in the fall of 2000.

Missy was supposed to have been on that flight!

She had been spending that day with Carnahan covering his U.S. Senate campaign and was scheduled to accompany him on a campaign-related flight at the end of the day.

But at the last moment, Carnahan's staffer informed both Missy and his security guard the governor wanted privacy.

As Missy described it, Sifford said Carnahan wanted privacy to talk about political matters on the flight, but not to be concerned because the weather was too bad for the flight to continue -- a flight that cost the governor his life.

It was a demonstration of Missy's professionalism that she went on national television to talk about that episode despite how emotionally it is was for her.

Missy began as a journalism student reporter covering the statehouse for MDN in 1997, graduating from the School of Journalism at the University of Missouri. She subsequently earned a master's degree from Southwest Missouri State University.

In addition to covering state government, Missy taught journalism courses at SMSU. Missy's husband, Brad Belote, had been a broadcast news executive in Springfield before their departure from the state to be closer with their relatives.

Together, they became devoted and proud parents of three children from China, Ethiopia and Viet Nam.

Missy and Brad moved to Tennessee in 2012 where she became a pastor at a Methodist Church -- essentially still telling a story, but one of much greater meaning.

Stories by Missy Shelton include:

Stories by Missy Shelton include: