Protesters at Journey for Justice Rally Call for More Accountability 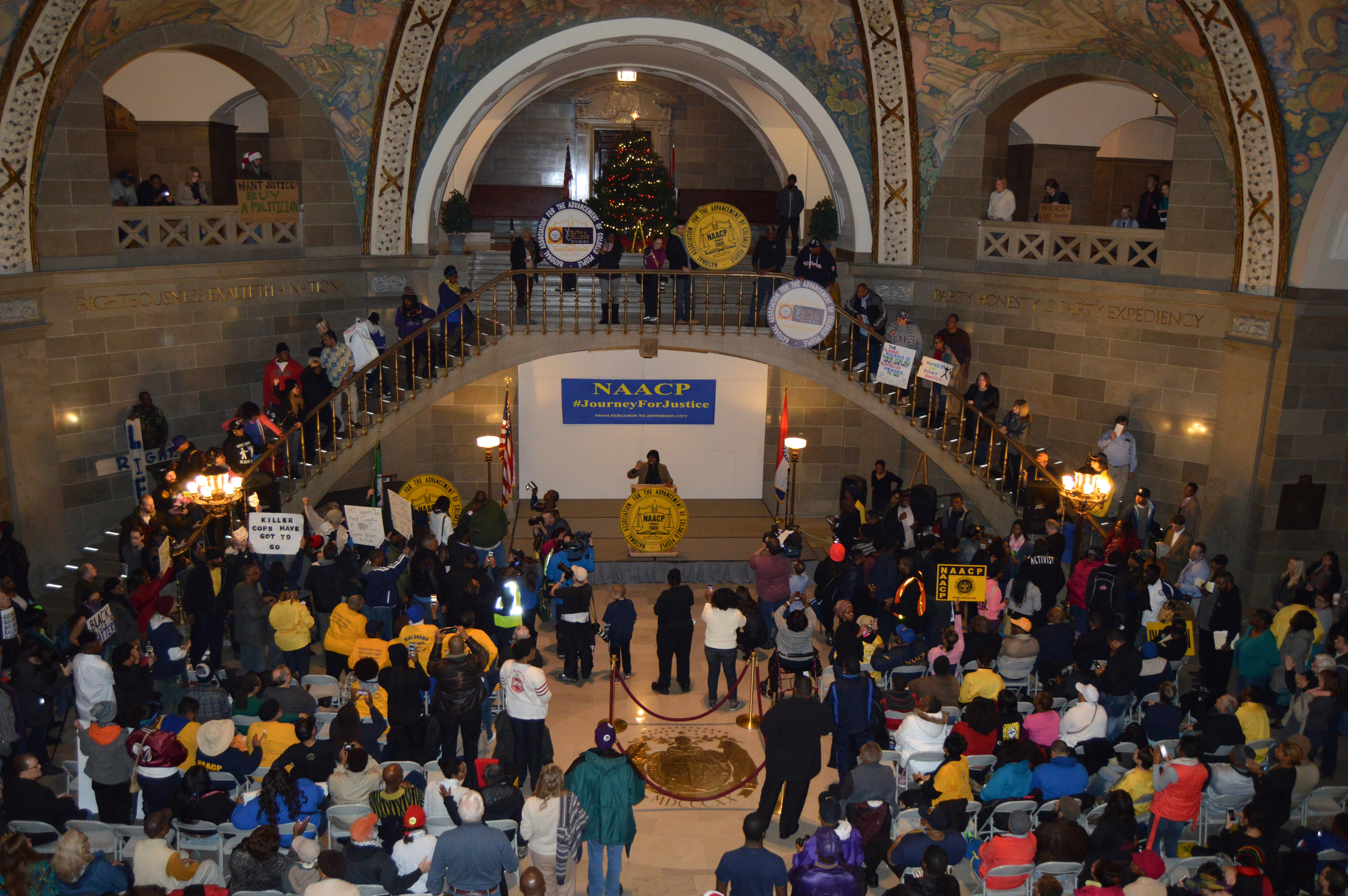 Ferguson Rally in the Rotunda

JEFFERSON CITY - More than 200 people gathered in the rotunda of Missouri's capitol building on the afternoon of Friday, Dec. 5, to protest the death of Michael Brown Aug. 9.

The rally marked the culmination of the seven-day Journey for Justice march, led by the NAACP, in which protesters walked from St. Louis to Jefferson City.

The rally was originally going to be held in front of the governor's mansion. It was later moved to the capitol building due to rain.

Gov. Jay Nixon was not present for the rally.

Scott Holste, the governor's press secretary, said Nixon would be in Joplin and Kansas City on Friday. However, Nixon met with NAACP leaders in Jefferson City on Wednesday.

"We're here to ask the government and the governor to live up to what we expect him to do for the people of the city of St. Louis, of the state of Missouri. We're all citizens," said Lesley McSpadden, Brown's mother.

Speakers at the rally called for more government accountability and greater enforcement against racial profiling.

"A number of people asked us, why march?" said NAACP CEO and President Cornell Brooks. "And our answer was always the same. We're seeking justice for the family of Michael Brown and nothing less than fundamental, systemic reform of policing in this country."

A statement released by the governor's office Friday morning said former Sen. Maida Coleman, director of the Office of Community Engagement, would speak on the governor's behalf at the rally. Coleman, however, never spoke.

After the rally, Coleman said she didn't address the crowd because they ran out of time.