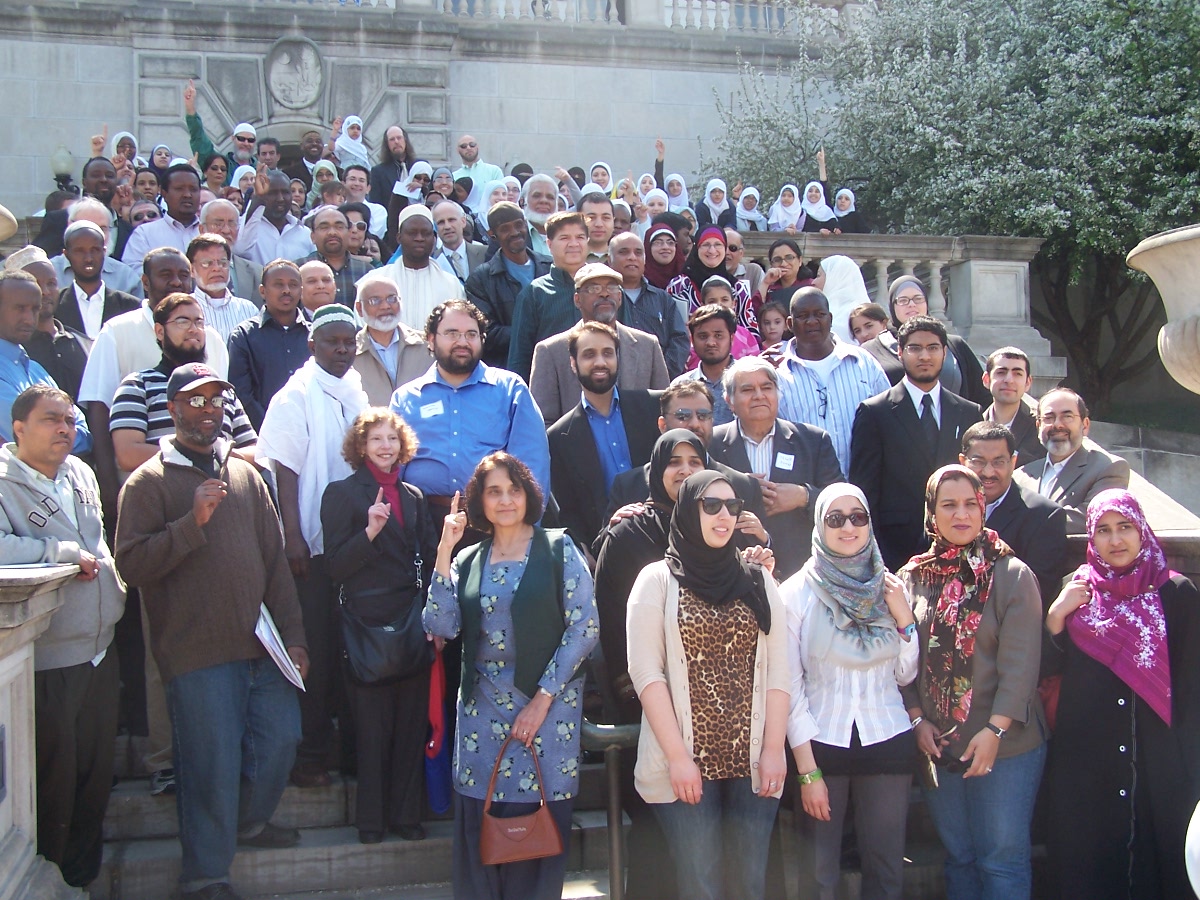 ACLU's Muslim Day drew a crowd from across the state to rally outside the Capitol to promote political participation, knowledge and equality within statehouse. The event was orchestrated in response to state legislation against using international and Shariah law in Missouri courts.

JEFFERSON CITY - Seven-year-old Yusuf Hacking from Webster Grove, Mo., got the day off school Wednesday to visit the state Capitol. His Egyptian mother brought him to Jefferson City to learn about the legislative process. They were two of the more than 100 people who attended the state Capitol's first Muslim Day.

The event was organized by the American Civil Liberties Union of Eastern Missouri Muslim Rights Task Force in response to several bills that have been brought up in the statehouse regarding foreign law.

"[My bill] doesn't specify any religious group," Curtman said about his bill, "...It just says in our courts, we're going to use American laws. If it deprives somebody their fundamental liberty ... then the judge is going to side with protecting peoples' rights."

The resolution drafted by Wells calls for a ballot measure in the next election that would ban using Shariah law in court. Wells said he was compelled by one of his constituents to draft the legislation. Wells called Shariah law "very oppressive."

Curtman said his bill is fundamentally different than Wells' resolution and said specifying Shariah law was "not good policy."

Wells' bill echoes an Oklahoma law that made headlines last year for trying to ban the use of Shariah law in court. Shariah law, which is Islamic law based on the Koran, sets guidelines for Muslims for major life events, such as marriage and death, and outlines conduct that is forbidden and required.

Ahmed Bedier, president of United Voices for America, traveled to the state Capitol from Florida to raise Muslim awareness. His organization helps Muslims become more civically engaged, and he began leading these events four years ago.

"It's really about fear," Bedier said. "... it's an unnecessary bill that only puts Muslims as second class citizens."

Bedier explained Shariah as being a moral code similar to Christian values, and in the same way they are up to each individual's interpretation. Bedier also said there's no need for a bill such as this because Muslims must abide by the laws of the state and country they reside in.

Rep. Jamilah Nasheed, D-St. Louis City, spoke at a press conference for Muslim Day. She greeted the crowd in Arabic and went on to encourage them all to be active as Muslims in state government.

"[Islam] is about peace and harmony," Nasheed said. "Exercise your right at the polling places in November of 2012 because we can no longer allow for individuals to attack Islam in the way Islam has been attacked at the state Capitol."

Imam Muhammad Hasic from the Bosnian Islamic Center of St. Louis also spoke at the press conference and called on lawmakers to leave his religious freedoms intact.

"Islam is teaching me to respect, help and love my neighbors," Hasic said. "Please do not forbid me to do that."