MoDOT director resigns, will work for company with ties to transportation contracts

JEFFERSON CITY - The Missouri Department of Transportation director Pete Rahn will resign to become a vice president of a company that received one of his department's largest contracts, the department announced Wednesday. 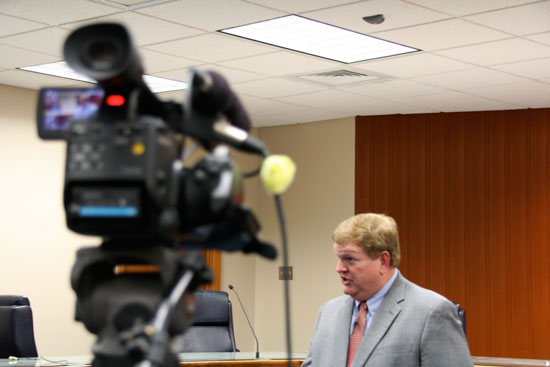 Rahn's new employer, HNTB, is part of a group of contractors that won a contract last year to repair or replace more than 500 bridges across the state.

At the time, the department estimated the value of the contract at nearly $500 million with an ultimate expected cost of $700 million for more than 800 bridges.

HNTB was paid more than $75 million for 52 projects funded by the Transportation Department during Rahn's tenure, according to the department. Rahn said he did not attempt to affect those and other contract decisions made by his department.

"I have never influenced the decision of a contractor or consultant," Rahn said. "We have allowed the process to take its course and allowed the professionals to choose."

In his new position, Rahn will head HNTB's national transportation business. He will not be allowed to interact with the Missouri Transportation Department for one year though he will work with other state transportation departments.

Rahn said he accepted the job because it would allow him to move to New Mexico to spend more time with his children and infant grandson, Brayden Jones, with whom he says he has spent only two hours.

"I had an opportunity presented that I couldn't pass up," he said. "It was the right time for me to move on." 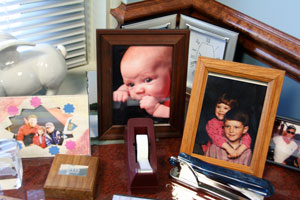 Brayden Jones
and
other family

Rahn leaves the Transportation Department facing severe funding shortages. The department recently announced plans to cut 400 jobs in an effort to save $203 million over the next five years.

Sen. Bill Stouffer, R-Napton, chair of the Senate Transportation Committee, said the situation has forced a choice between subsidizing transportation and saving money.

"We simply cannot maintain roads in the condition they are now without funding," Stouffer said.

Rahn said the Transportation Department will be limited significantly in the coming years. He predicted the department will not address economic development and job creation and there will be no major improvements made to corridors or safety initiatives.

He said the state would need to consider unpopular options in order to fund transportation projects.

"I think ultimately a general sales tax is the way to fund the kinds of things we need in Missouri today," Rahn said. He also suggested placing a toll on some roads in the state or implementing a system of for-pay extra lanes on congested highways.

Rahn has acted as the Transportation Department director since September 2004. Prior to his tenure in Missouri, he served as the transportation director in New Mexico.

His resignation from the Transportation Department will take effect April 23.

"He will be missed," Dixon said. "His leadership has meant a great deal."

An interim director will be assigned by the Highways and Transportation Commission pending the results of a national search for Rahn's replacement.