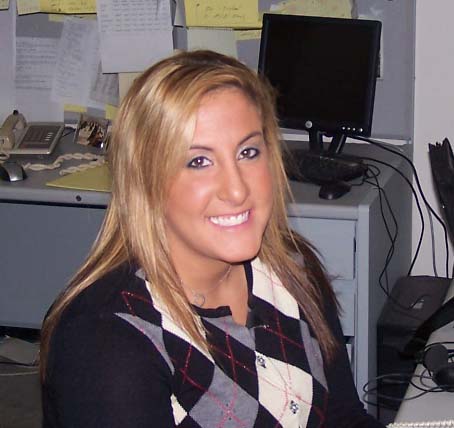 Melissa Berman is a sophomore broadcast journalism major at the University of Missouri. Melissa reports at KOMU and Missouri Digital News. She is from Wheeling, Ill.

Posted 03/01/2010:  I have started to receive responses from different states regarding my honors project. It is interesting to see which states have formal organizations in place and what aspects of reporting at the Capitol the organizations govern. More interesting is the response of states saying there are conservative, private, advocacy "news" organizations seeking resources inside the Capitol. I was able to find one organization that is keeping the administration of its website private. The site it is using to help with confidentiality advertises that 'your information is nobody's business but theirs.' Isn't one of the purposes of news organizations to provide open information to the public? One of the first things I learned in a journalism class at Mizzou was the importance of being transparent as well as independent.  If a "news" organization and its reporters are truly independent they should not be hiding where funding comes from. I am excited to hear back from more states and hopefully be able to better look into and understand why new organizations are popping up and looking for press credentials, yet failing to prove independence and transparency.

Week Two or Three?
Posted 02/17/2010:  Unfortunately I was not able to come and report my second week. I went home to Chicago over the weekend because my dog isn't feeling well. I was supposed to fly back on Monday, but I got stuck there until Wednesday night due to the snow. So this Monday was my second shift here at the Capitol. I got to cover a senate committee  hearing on two abortion bills. It was a pretty interesting shift here. There were women who had previously had abortions there to testify as well as several opposing representatives from Planned Parenthood and organizations like that. It was interesting to be able to hear two sides of an issue that people are clearly passionate and also emotional about. Today I got down here and took a walk with Phill discussing my research paper. I am receiving honors credit for my Broadcast 1 class which means that I need to do an extra assignment that looks deeper into something we learn in the class. I chose to bring the honors part to the reporting I am doing at the Capitol. I am going to figure out how many of the 50 states have formal press corps organizations with formal rules and look at how organizations get involved and what rights they have. I will hopefully begin my research this week and I look forward to hearing from the different states!
My First Week
Posted 02/03/2010:

This was my first week coming to the State Capitol and also the first time I have ever blogged! I admit I was intimidated but excited when I came for my tour. I didn't really know what to expect when I went to my first hearing this afternoon. It went a lot better than I thought it would! I sat in on the Dropout Prevention Task Force committee hearing. The task force was discussing its upcoming report. This is the first time there will be a report in Missouri concering the dropout rate. I think this is extremely important and I am happy that I was able to listen to and report on the creation of the report.