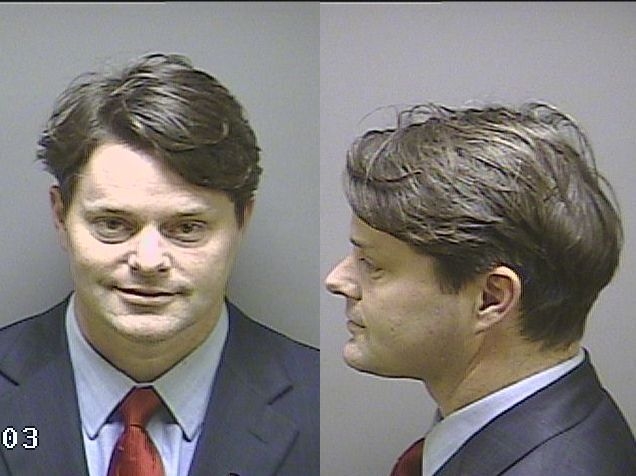 According to a probable cause affidavit filed Monday, Jetton told a Sikeston, Mo., woman she "should have said 'green balloons'" after he hit, choked and had sex with her. "Green balloons" was the term agreed upon by Jetton and the woman to be a "stop word", or "safe word", during sexual intercourse, the probable cause statement read.

Now, only one day after Jetton turned himself over to law enforcement officials, his attorney, Steve Wilson, announced Jetton will be closing his consulting firm, Rod Jetton & Associates, and leaving politics.

"He will be leaving politics to deal with false allegations and spend time with his family," Wilson said of Jetton in a statement released Tuesday. Jetton and his wife agreed to a divorce settlement in October.

"He is confident that when the facts of this case are heard, he will be found innocent," the statement continued.

"Jetton feels that right now he can best help his clients, former employees and family by closing the doors of his consulting company."

Prior to the news of Jetton's plans to close his consulting firm, one former client reacted to Jetton's charges.

Sen. Rob Mayer, R-Dexter, was listed as a client on the Web site of Jetton's consulting firm before the site went offline sometime between Monday night and Tuesday morning. The listing of clients also included Republican leaders such as Rep. Steven Tilley, R-Perryville, the majority floor leader, and Rep. Brian Nieves, R-Washington, the majority whip.

Mayer said he ceased paying Jetton for services in late 2009.

"I felt Rod was a man of good character," Mayer said of his early impression of Jetton. Mayer and Jetton both joined the Missouri legislature as representatives in 2001.

Mayer said he will "rely on the judicial system to take care of the matter" of determining Jetton's guilt.

According to Capt. John Wheeler of the Cole County Sheriff's Dept., Jetton is currently free on $2,500 bail. He was released at 12:25 a.m. Tuesday after he turned himself over to authorities at the Cole County Jail in Jefferson City at 11:53 p.m. Monday.